Did You Lift Today?

Tracking the "only" important statistic 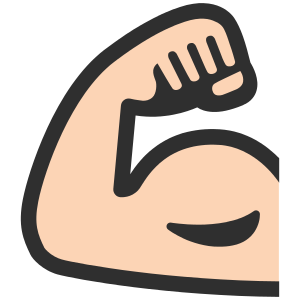 Do you wish people asked you if you lift, just so you can say that you do?

Well now you can have your phone or tablet ask you, giving you that positive, self-righteous feeling as often as you want. When you admit that you haven't actually lifted today, the app will help you find a nearby gym.

Did You Lift Today? started as a joke Android app when my body-building friend Jake and I had a conversation that went something like this:

By the time Jake got back, I had developed an app using Tasker's App Factory that did just that. After a few people in my office saw it, it became a running joke/useful tool.

I then developed a real Android app of it, available on the Google Play Store, which went on to get some amazing reviews.

After an iPhone-using coworker complained that it wasn't compatible with iOS, I built a web version that uses localStorage to track your lifts. The website is now hosted at lift.corb.co.

The Android app code and the website code are both available on branches on the GitHub repo.

Any questions can be directed at lift@corb.co.